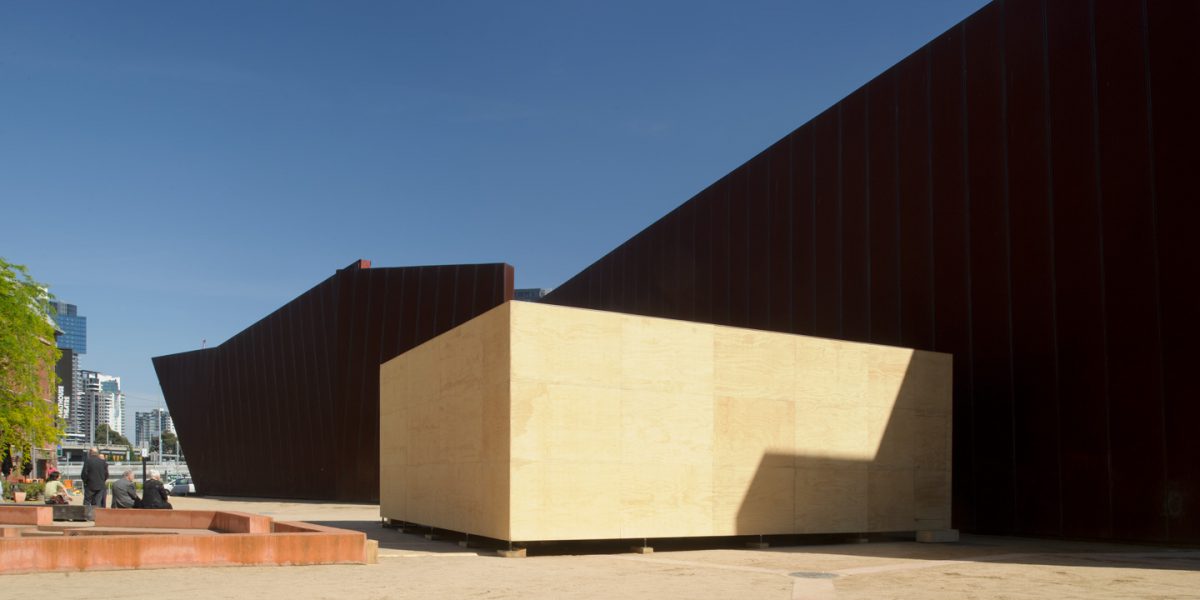 bluebottle continues to innovate and break new ground around Australia and beyond – next stop, London. Returning to our theatrical roots, bb3’s ANAM Quartetthaus heads off on its first international tour, featuring at the Royal Albert Hall as part of the UK/AU Season in September 2022.

It started with a simple idea: to conceive and build a space that is shaped at every turn by the music to be performed within it; a place unencumbered by the rhetoric of traditional concert presentation, just as the intimate musical form of the string quartet which has given rise to the project is stripped of the rhetoric of larger scale musical forms. The initial concept, proposed by bluebottle co-Director Ben Cobham in 2010, ignited a rich collaboration between the Australian National Academy of Music and bluebottle, whereby ANAM Quartetthaus was born.

In developing this innovative concept, bluebottle co-Directors Ben and Andrew collaborated with a vast network of artists, engineers, musicians and technical specialists to envision and build a space that dissolves the performer / listener divide, creating a shared experience through broken down barriers. Part design installation, part architecture, part music, ANAM Quartetthaus is a special listening place and celebration of intimate, live performance.

As part of preparing the structure for its 2022 international debut, we have implemented a Pharos TCP to streamline the boutique venue’s control integration, and Spike LED tape to enhance the features of the intimate space.

On a personal note, as one of the first productions I worked on with bluebottle, and having been there to pack down the last installation from the South Melbourne Town Hall in 2015, it is immensely gratifying to be part of remounting and reinvigorating this ambitious, immersive work. In keeping with its’ spirit of fostering connections, this season is a truly
inter-national production – born and raised in Victoria, supported from Western Australia, and soon to be revealed to the world stage in London – Quartetthaus is a one-of-a-kind a experience that breaks down barriers, enabling a truly shared experience.