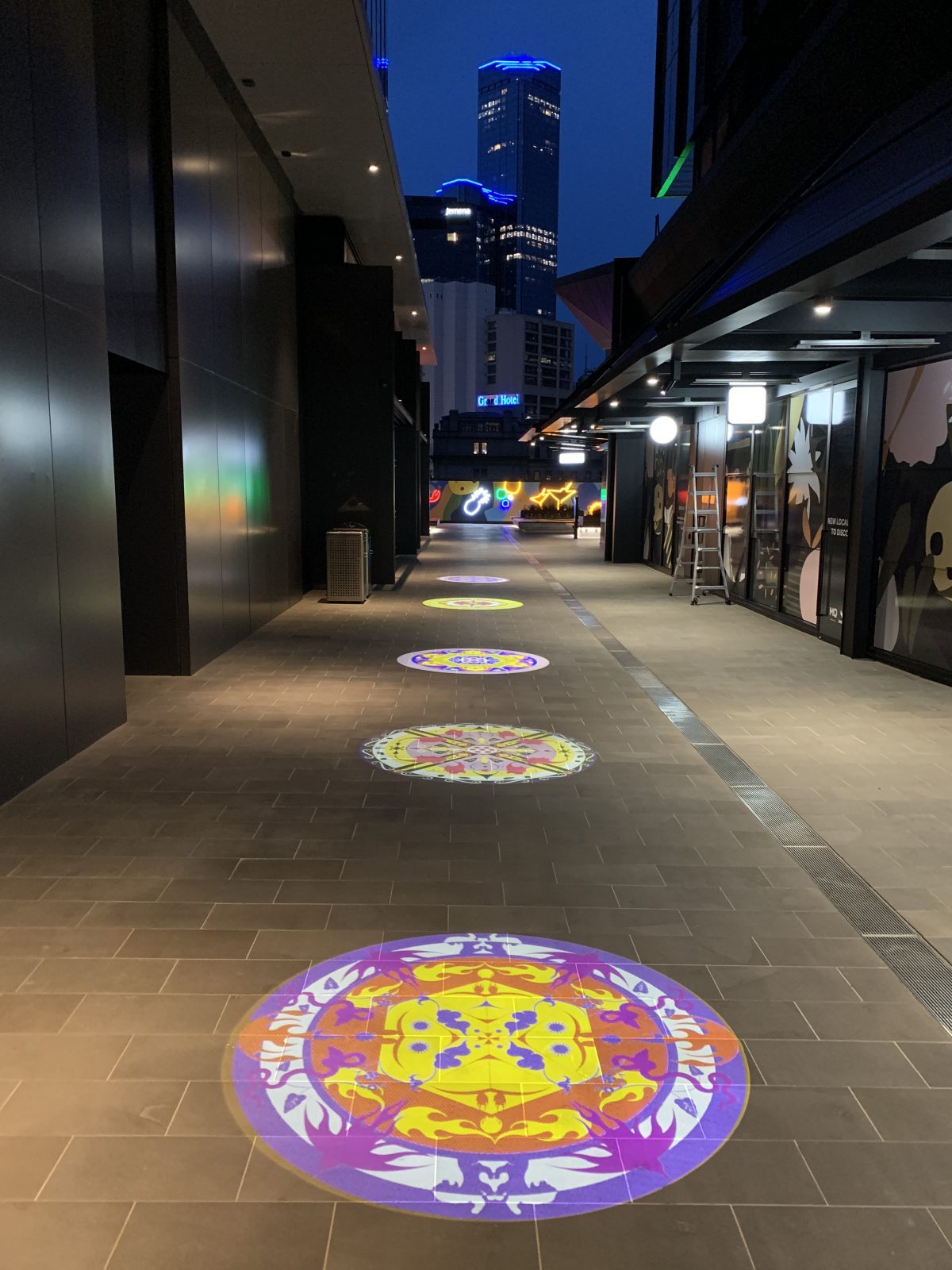 bluebottle provided technical solutions for this great project – Melbourne Quarter is a precinct development by Lendlease that sits at the former site of Batman’s Hill. This location was pivotal to the early development of colonial Melbourne, it is where the first cricket matches were played by a club that evolved into the MCC. It is where John Batman had his residence and it is where a gunpowder store for the city was located. Five illustrations were developed and then projected as gobos onto the pavement – graphic design studio U-P responded to a brief by Broached Commissions to use illustrations to depict the migration of Gunpowder Empires.