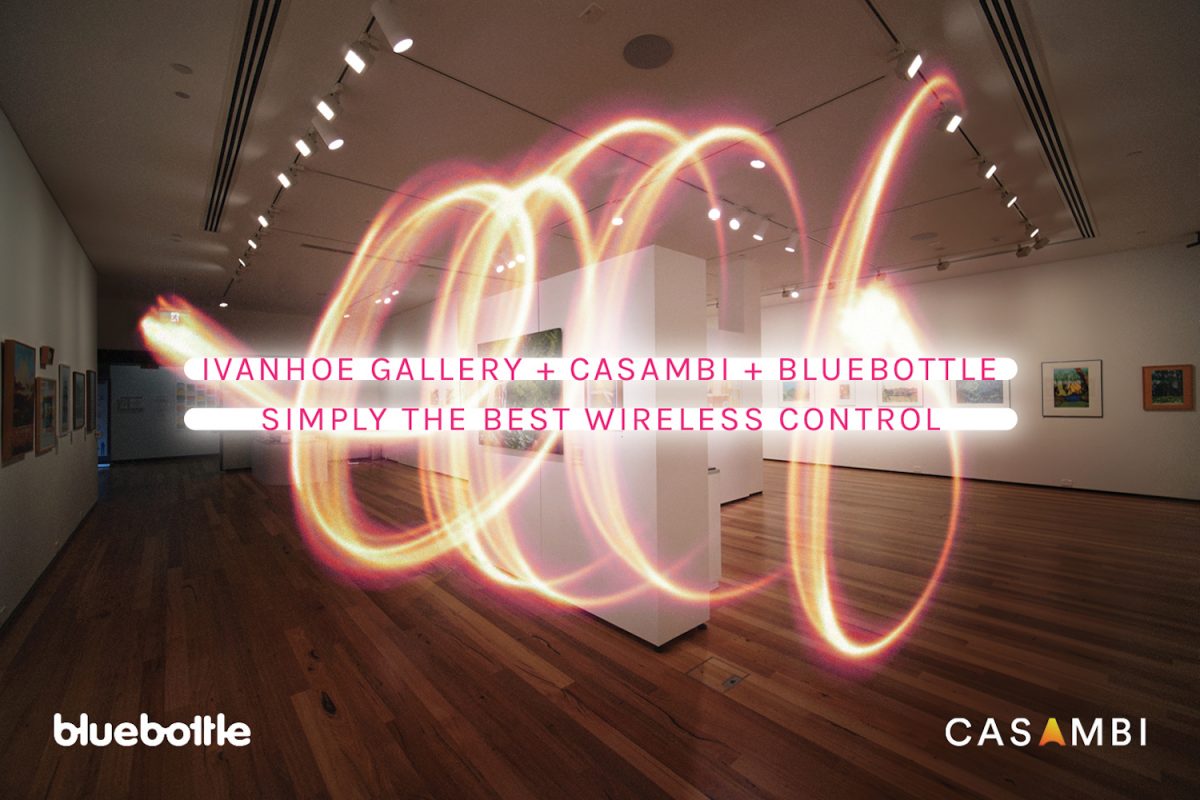 Art Gallery 275 is situated at the Ivanhoe Library and Cultural Hub in Ivanhoe, a suburb of Melbourne in Australia. The gallery is spread over two floors and a large display window, and is used to exhibit artwork by both nationally recognised and local community artists.

In 2019 bluebottle was approached by the local government authority to provide lighting for the gallery spaces as part of a large scale renovation of the Ivanhoe Library and Cultural Hub. Due to the high turnover of shows, the large amount of content and need for gallery staff to have easy and precise control over luminaires, Casambi was quickly recognised as the preferred method of control. Ultimately over 140 Casamabi enabled luminaires were used. These are controlled by the staff using a dedicated tablet and the Casambi app while installing, allowing them to quickly set and adjust lighting levels on either individual luminaires or groups of luminaires. Pre-set scenes are also able to be recalled from a battery powered push button interface. This module required no additional wiring, and was able to be integrated into the existing button panels being used as part of the overall building design.

The Casambi control system means there’s no longer a requirement for elevated access to perform simple dimming adjustments. Lighting can now be controlled directly from the App and last-minute changes can be easily completed. Using scenes it is also possible to have multiple states for any particular space, there can be an ideal state for the exhibition, but also a state for cleaning/maintenance or functions which are easily recalled at the push of a button. The Casambi Bluetooth module is integrated into the body of the luminaires used at Gallery 275, so as not to detract from the minimal appearance.